“Grooves from a hiphopkid with a Ghana soul”

He sliced it up on National TV at De Wereld Draait Door, opened ‘The Year of Rembrandt’, Performed with his liveband at VPRO Mundo, Received multiple positive reviews from 3voor12 and is named as one of thé acts to blow up according to Red Bull. Kay Slice cuts, strikes and heals. And he’s on a musical mission. Wonder what that sounds like? Picture a blend of hip hop, soul and afrobeat: meditations on self-love, identity and everything that crosses the quest of finding yourself.

Back home, young Kay discovers American hip hop and becomes hooked. In primary school, before even able to write a word down, he raps along with the big boys. In the Ghanaian church he finds himself engrossed in spiritual gospel music, and when he first encounters language and the layers in some of the children stories, he starts to envision himself as a future wordsmith.

At the age of 14, Kay picks up the art of writing lyrics. A true self-taught writer, he commits his spare time to thoroughly study Busta Rhymes’s flows, the rhyme dictionary and the inventive storytelling perspectives that made Nas a rap icon. In his own improvised bedroom studio, he records track after track, in a sock clad mic, only to keep it to his and his best friends’ ears.

Kay’s musical career takes off when he and a group of talented MC’s and producers found the hip hop formation Brandwerk. With its experimental sound and layered lyrics, the group gets awarded with a multitude of prizes, and even receives support from the Dutch Royal House. Even though Kay dwells well on the dynamics of a group and appreciates the experience he’s gaining as a live performer, he’s up for a solo identity. The quest to finding his true artistic persona synchronises with his personal search to Ghanaian villages, innovative percussionists and inspiring studio’s.

Kay then assembles a gifted live band in his hometown Rotterdam. he also finds out that rap alone doesn’t suffice anymore: his message asks for a broader musical pallet. He started studying xylophone/balafon at the University Of Ghana and combines rap with melodies, which made his (artistic) heart start to uncover. 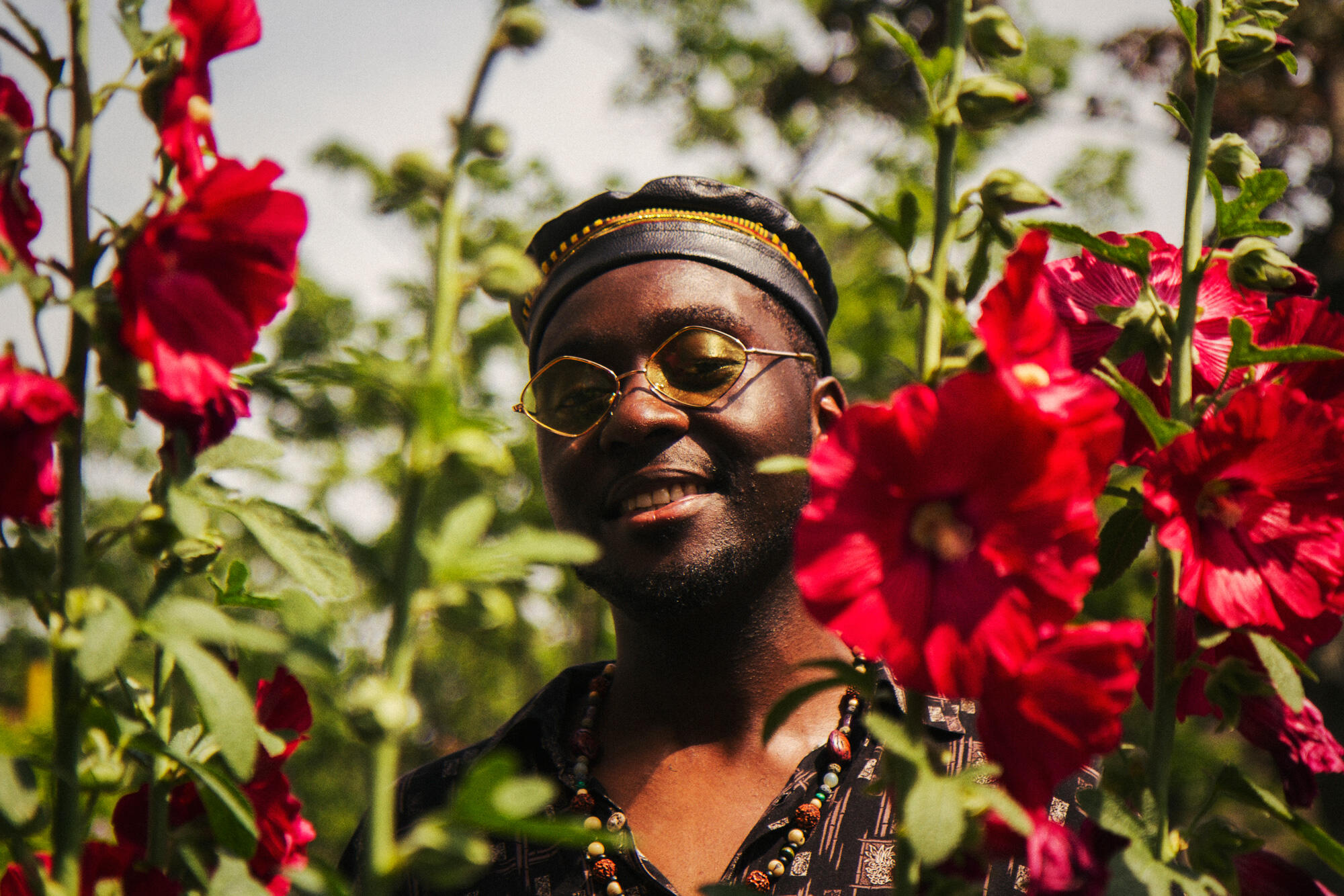 Kevin Adu Yeboah Martin makes music as Kay Slice. There’s no straightforward way to describe his current sound, one that unfolds itself from a hip hop core into afrobeat and highlife – the soil from which afrobeat once sprouted-, spoken word, funk and soul. Released tracks bulge with soul. Empowering affirmations, urgent rap, vocals on Ghanaian groove. Effortless, Kay stitches these genres together, creating the soundtrack of his own unique story.

Kay Slice’s soulful hip hop and highlife hybrid is uplifting, soul inhibited. It’s the result of a search to his own self, through his mother and father land Ghana. Kay considers music the ideal form to connect deeply with his roots. The afrobeat represents the part in him, he only knew from the Ghanaian birthdays, from the cd’s that were played there. His solo work embraces and shows himself in all facets. It shines light on everyone who is the product of more than one cultures. His mission isn’t modest: to leave a rich impression of Africa to his generation. Africa as the part of the world where the spiritual force of music is acknowledged and celebrated. With his music, Kay also want to make unseen people seen, embrace feelings that don’t have a home yet.

The production -laidback but also energized, with danceable roots-embracing rhythms, warm jazzy soul arrangements and futuristic synths- is influenced by afrobeat legends such as Ebo Taylor, K Frimpong and Fela Kuti. But the word art, organic neo-soul instrumentation, hip hop breakbeats and unconventional samples give his music an authentic feel. One that hopefully encourages coming generations to be themselves, to choose for their craft, without concessions.

Stay up to date with the latest news

You have Successfully Subscribed!